Check your designs to ensure your colors meet accessibility standards

Written by Cat Noone
Updated over a week ago

When checking contrast for colors or text virtually anywhere, you'll find the labels AA  vs AAA  pop up frequently. These are the different conformant levels for contrast checking based on the WCAG 2.0 standards for accessibility.

Different companies have different conformant levels they must meet based on situation and purpose of the product or service. But really, all companies should meet them to ensure they're providing a great experience for everyone and not excluding an extremely large number of people — like individuals with a different types of colorblindness, cognitive or neurological disorders, and more. To be completely honest though, it makes the experience a whole lot better for *every*one using your product, not just those with disabilities.

Colors are a league of their own when it comes to design, and ultimately can make or break your product. With Stark, you can easily check the AA and AAA color contrast of your text or shape layers. 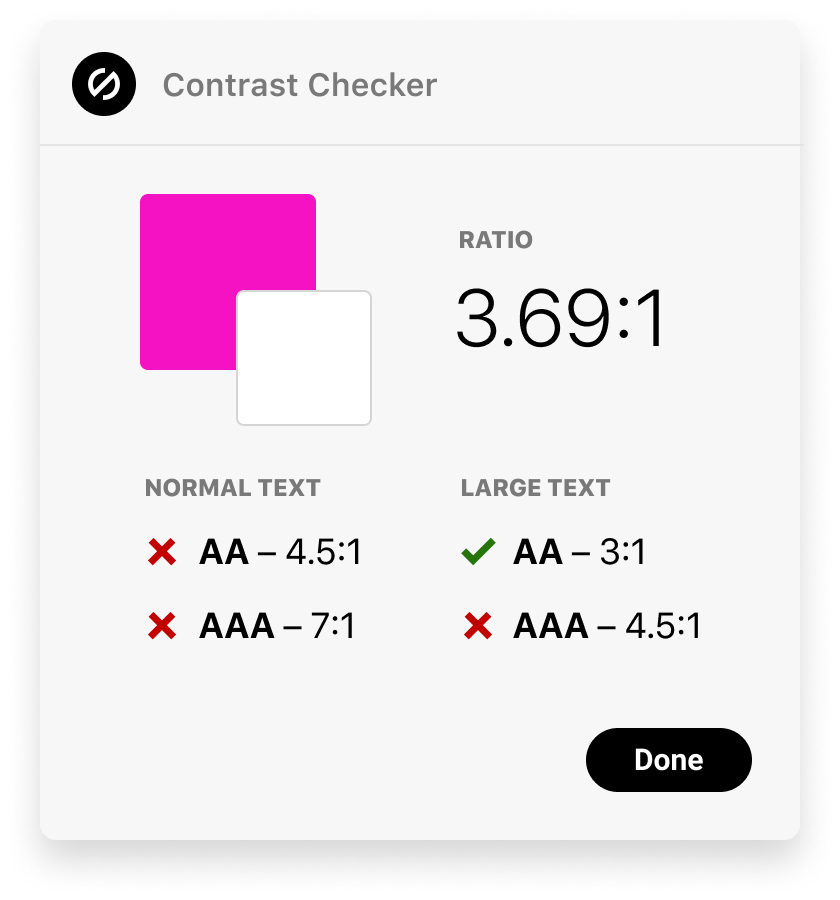 How to run the contrast checker

There are several ways to check the contrast of layers in Stark. And the quickest way to kickstart it is by using the hot keys (not yet available in Figma) or via the plugin menu. For Stark, layers can be text or shape layers. Once you're ready to check contrast, you can do so by selecting a...

Things to keep in mind

---
Any questions? Don't hesitate to ask!

Did this answer your question?